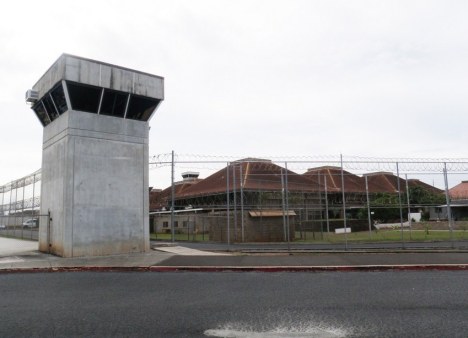 Inmate escapes from OCCC through air vent
Hawaii News Now
The Oahu Community Correctional Center was placed on lockdown on Monday morning after a prisoner escaped from the facility, the Hawaii Department of Public Safety confirms. 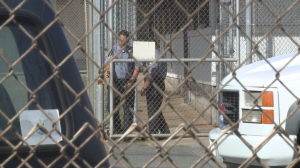 Overcrowding and personnel shortages are being blamed for the escape of two inmates from OCCC.  Last week,  Allan Abihai, convicted of rape and attempted murder, walked away from the furlough program.  And, on Monday morning, 23-year-old convicted burglar and thief Daniel Skelton fled the OCCC Annex by punching a hole in a restroom ceiling, climbing onto the wooden roof, and fleeing. Ted Sakai, the director of the states Department of Public Safety, told “Hawaii News Now” that inmates are being held in less-secure  areas because of overcrowding.  State Senator Will Espero says the legislature is aware of the problem, but “nothing is set because prisons are not a top priority for many people.  The two escapes (highlight) the importance of this issue.”  The problem is further complicated by residents who dont want a prison built in their neighborhoods.  Just look at the problems encountered by Public Safety officials who want to reopen the minimum security facility at Kulani on Hawaii Island.  The problem will continue to fester until a new prison is built.  Until then, lock your doors, stay away from poorly lit areas, and stay home at night.  This is indeed a sad state of affairs. Aloha, Russ.